The Hogwarts Library is located on the Third and fourth floors, Training Grounds Tower, of Hogwarts Castle and contains tens of thousands of books on thousands of shelves. Overseen by Madam Irma Pince, the library is where students can go to peruse or borrow books to supplement their studies (or for personal enjoyment). The library closes at 8:00 pm.

Included in its many sections are: 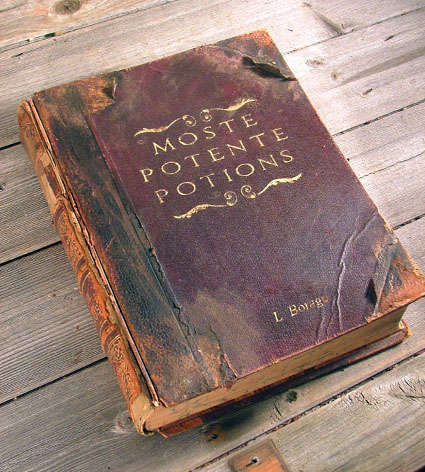 “Harry wandered over to the Restricted Section. He had been wondering for a while if Flamel wasn’t somewhere in there. Unfortunately, you needed a specially signed note from one of the teachers to look in any of the restricted books, and he knew he’d never get one. These were the books containing powerful Dark Magic never taught at Hogwarts, and only read by older students studying advanced Defence Against the Dark Arts.“

The Restricted Section is an area in the Hogwarts Library closed off by a rope and only accessible to students with permission from a professor, some of the books in the library are chained to the shelves, which would suggest some of them are particularily valuable. In order to enter, they must present a signed note from a professor. The books within the Restricted Section typically discuss the Dark Arts or other information not for the general public or young children. They may be studied by older students for Defence Against the Dark Arts.

Information courtesy of J.K. Rowling and the http://harrypotter.wikia.com/wiki/

Don´t miss the next in the series: # 2    The Cemetery of Forgotten Books