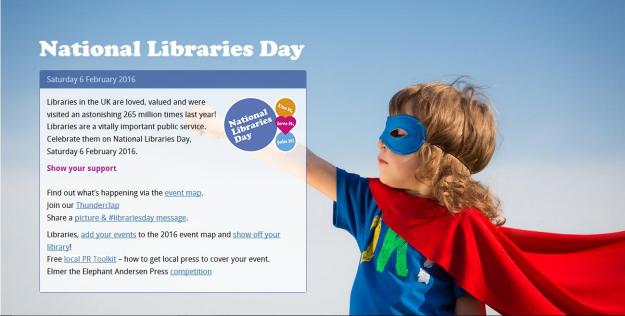 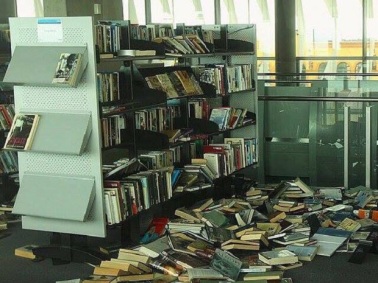 Natalya Sharina, director of the Library of Ukrainian Literature in Moscow, was arrested in October after police raided her workplace and home looking for ‘extremist literature’.

After they allegedly found work by a banned writer, Natalya was forced to spend two nights in a prison cell and now faces up to five years in jail – simply for exercising her right to freedom of expression. 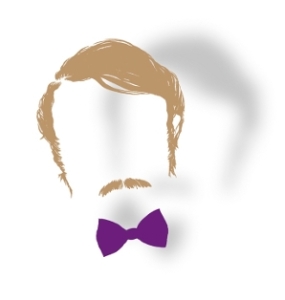 One of Aleister Crowley´s less curious friends came by that day. If I am not mistaken it was a young Louis Umfreville Wilkinson, but maybe he came after Reading Gaol.  Memory is such a sly thing and too often it plays tricks on the old.

Well this young gentleman approached us for help. A dismal Saturday morning it was too. His umbrella safely stowed, he enquired after a lesser strain of Alibi often called Habili due to its  popularity in Middle Eastern lands. It was to be for a certain famed individual. 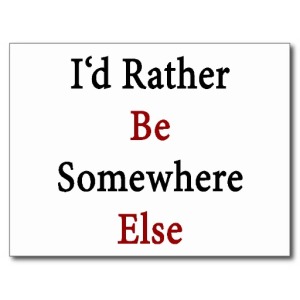 We were not unduly taken aback, it was quite normal for a friend to act as a representative or intermediary and making such an approach on behalf of a public figure. And Oscar was already enormously well known.

It seemed that Mr Wilde was possessed of the need to make a trip to Sunbury to meet a scholar from Banbury, to whose poetry he had grown quite affectionate.  The meeting with the scholar, it transpired, was to be kept, be any means necessary, from the public eye.

The reason for the secrecy was not revealed.

Nothing could have been easier.  It took no time to invent an effective Habili tailor made to Oscar´s circumstances.

We gave him details of a very elderly, very frail relative.  To this sketch, a few minutiae were added whose particulars could be checked out to the satisfaction of any keen journalist, private investigator or any such prying eyes.  And we gave this infirm relative the name Bunbury.

And so the young gentleman left satisfied that all could handled in a tidy fashion, but such was his haste that he forgot his umbrella. A sad state of affairs given the climate of this city. 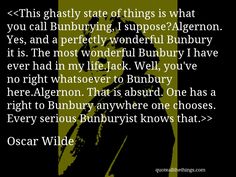 Oscar took the whole thing very seriously,  using the alibi on numerous occasions and even once spoiling us with an impromtu visit in persona.

It was such meticulousness on Oscar´s part that led us to give the whole affair the codename Earnest, .  Although the alibi was subsequently used by a notable series of Uranists, it should be appreciated that Codename Earnest was infact employed by individuals of all tastes including, notoriously, a leading politician of the day.

Unfortunately,  this alibi -echo gave rise to Oscar´s long standing dispute with ourselves and his subsequent reticence in consulting our archives during his appallingly misconceived libel case and mishandled trial. 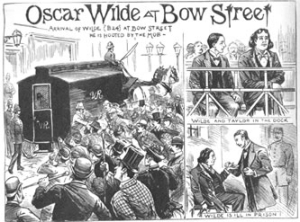 A reluctance which without doubt led to his encarcelation. Criminal!

Still got the umbrella somewhere hereabouts.

Voices for the Library reports that Justice Secretary, Chris Grayling, plans to restrict prisoners’ access to books and prison library services as part of changes to the punishment and reward system. 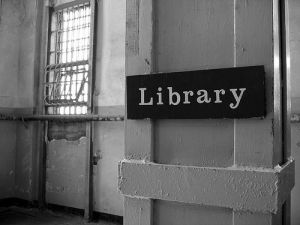 The move reinforces the idea of a prison system that is merely punitive rather than playing a rehabilitative role, preparing many citizens for reinsertion. 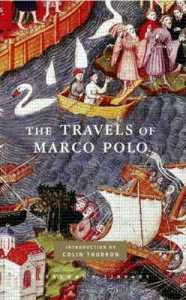 Access to books and reading extends opportunities for social participation, encourages reflection and helps develop a sense of social responsibility. It expands our ability to think about alternatives and evaluate our options, which for some may lead to strategies for avoiding criminal behaviour. 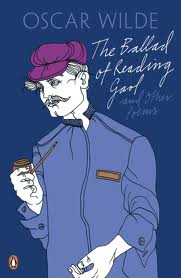 “Prisoners see themselves differently; they gain confidence and self-esteem. They talk about having hope for the future, often for the first time. They feel able to envisage a different future and develop new aspirations for themselves.” (Prisoners Education Trust 2008, p.2)

Furthermore where would some of our greatest literary works and writers be without access to paper, pen and reading material? To list but a few books at least partly written in while in prison:

The Travels of Marco Polo

A Hymn to the Pillory, Daniel Defoe

Our Lady of Flowers, Jean Genet

(Oh and Mein Kampf by a certain Adolf somebody or other, but that doesn’t really serve my point so…)

Read more about this at:

Rumours that a branch of the Alibi Library had been sighted in Barcelona prove to be unfounded.

Activists who after Wednesday night in Madrid might be in need of an alibi: 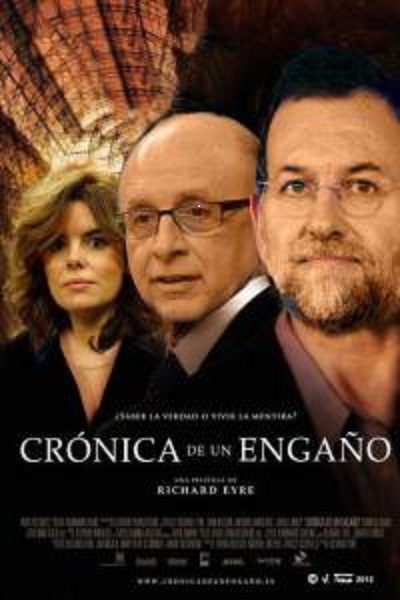 To celebrate the launch of public links to Alibi Library on facebook, the proprietors would like to offer the following reflection from the collection.  The book is:

(the original German is available on request), 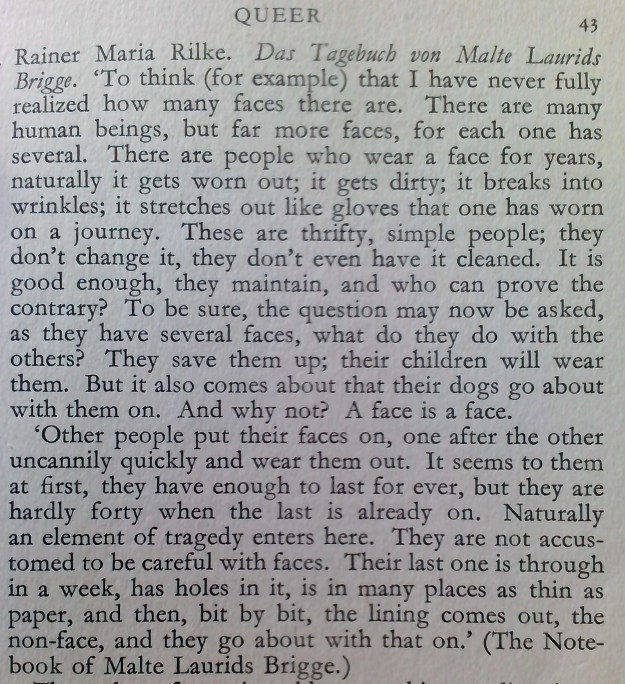 The word “queer” is used here in its original sense of odd or strange.

Thank you for taking the time to find me an appropriate alibi in recent weeks*. I sincerely appreciate the time you spent reviewing my predicament with me and recommending strategies for reaching a satisfactory outcome.  Your advice was of great assistance and gave me a new perspective on available opportunities.

I especially appreciate your offer to connect myself with others working in your network. I plan on following up the contacts you furnished me with right away. I also hope to use the networking resources you recommended to avoid future complications.

Any additional suggestions you may have would be welcome.  I’ll update you as to my progress.

Again, thank you so much for your help. I greatly appreciate the assistance you have provided me.

I am very much in your debt.

* The date and the name of the correspondent have been withheld for reasons of privacy, but should be noted that they do not refer to the present incumbent of this post or indeed to any recent events.

Henry:  Forget about an alibi.  What you need is a whole new freaking alias.

Thomas:  What do you mean, a new alias?

Henry:  Don´t worry.  I wasn´t trying to be serious or anything.

Archibald:  He means like a new name, a new presence and a new personality.

Ignatius:  We do those too you know.

From  Lie is Worth Living  the sequel to The Alibi Library

Every book you read.  Every story.   Every time you switch on the TV and you’re not starring in some drama or other.  Our lives are a constant escape from ourselves.  We seek refuge from the hurly burly of our own existence in the crisis and comedy elsewhere available.  We sit back and let our imagination (or someone else’s) show us a different set of lives and choices, just for a short while.  Just for a bit.  Just for kicks.  Isn’t that a little alibi too?