Authors including Cathy Cassidy and Philip Ardagh have joined librarians lobbying MPs to protect the service from cuts that have seen 441 branches closed since 2010.

At a packed hall in Westminster, flanked with colourful handmade banners with “save our libraries” slogans, bestselling authors including children’s authors Alan Gibbons, Cathy Cassidy, and Philip Ardagh joined the Speak Up for Libraries campaign, Librarians and supporters from across the UK to urge MPs to focus on what they see as the root cause of the decline in libraries – the “apathy and ignorance” in local and central government.
Library funding has been cut by more than £180m over the last five years – a drop of 16% – corresponding with a 93% increase in volunteers working in libraries and a 22% drop in staff since 2010.
source – the Guardian

Perhaps the most distressing of all “alibis” can be found in Martin Amis´Time´s Arrow.

A Nazi Holocaust doctor now on his deathbed revisits his life in flashback.  In a sickening and disorienting twist these flashbacks come in reverse chronology and so we see the camp doctor healing and saving his patients instead of tortuously experimenting on their dying bodies.  And so the despicable doctor makes good, ironically fulfilling our ideal of a medic, one who cures, and the patients walk free.  A disturbing enough plot device but coupled with the precision with which Amis can describe the events it makes for the most harrowing of reads:

“Uncle Pepi´” has surpassed himself with the new laboratory: the marble table, the nickel taps, the blood stained porcelain sinks… In this new lab of his he can knock together a human being out of the unlikeliest odds and ends.

On his table he had a box full of eyes.  It was not uncommon to see him slipping out of darkroom carrying a head partly wrapped in old newspaper…. The next thing you knew there´d be, oh, I don´t know, a fifteen-year-old Pole sliding off the table and rubbing his eyes and sauntering back to work, accompanied by an orderly and his understanding smile…

As to the so-called experimental operations of “Uncle Pepi´”: he had a success rate that approached – and quite possibly attained  – 100 per cent. A shockingly inflamed eyeball at once rectified by a single injection.  Innumerable ovaries and testes seamlessly grafted into place.  Women went out of that lab looking 20 years younger…

One of Aleister Crowley´s less curious friends came by that day. If I am not mistaken it was a young Louis Umfreville Wilkinson, but maybe he came after Reading Gaol.  Memory is such a sly thing and too often it plays tricks on the old.

Well this young gentleman approached us for help. A dismal Saturday morning it was too. His umbrella safely stowed, he enquired after a lesser strain of Alibi often called Habili due to its  popularity in Middle Eastern lands. It was to be for a certain famed individual.

We were not unduly taken aback, it was quite normal for a friend to act as a representative or intermediary and making such an approach on behalf of a public figure. And Oscar was already enormously well known.

It seemed that Mr Wilde was possessed of the need to make a trip to Sunbury to meet a scholar from Banbury, to whose poetry he had grown quite affectionate.  The meeting with the scholar, it transpired, was to be kept, be any means necessary, from the public eye.

The reason for the secrecy was not revealed.

Nothing could have been easier.  It took no time to invent an effective Habili tailor made to Oscar´s circumstances.

We gave him details of a very elderly, very frail relative.  To this sketch, a few minutiae were added whose particulars could be checked out to the satisfaction of any keen journalist, private investigator or any such prying eyes.  And we gave this infirm relative the name Bunbury.

And so the young gentleman left satisfied that all could handled in a tidy fashion, but such was his haste that he forgot his umbrella. A sad state of affairs given the climate of this city.

Oscar took the whole thing very seriously,  using the alibi on numerous occasions and even once spoiling us with an impromtu visit in persona.

It was such meticulousness on Oscar´s part that led us to give the whole affair the codename Earnest, .  Although the alibi was subsequently used by a notable series of Uranists, it should be appreciated that Codename Earnest was infact employed by individuals of all tastes including, notoriously, a leading politician of the day.

Unfortunately,  this alibi -echo gave rise to Oscar´s long standing dispute with ourselves and his subsequent reticence in consulting our archives during his appallingly misconceived libel case and mishandled trial.

A reluctance which without doubt led to his encarcelation. Criminal!

Still got the umbrella somewhere hereabouts.

Madrid, the town I have chosen  to call home for the last ten years, has a multitude of libraries that might well have fallen straight from the pages of a fantasy or science fiction novel. Despite drastic cuts carried out in the name of austerity, most of the libraries included here are open to the general public and I encourage the Madrileños to support their local with a visit.

For Sci-Fi  we should start with my local, Pedro Salinas, in Puerta de Toledo, constructed in 1992 by Juan Navarro Baldeweg, zapped out of Terry Eagleton´s discworld.

The Gloria Fuertes public library whose cyclopian facade stares out over a bleak Barajas.

The Jose Hierro library in Usera (Ábalos y Herreros, 2002) functionally designed to act as a “catalyst” in the local community.

The ESIC Library of Marketing Finance and Economy

Rather more well known is the library of the Reina Sofia modern art gallery by Jean Nouvel.

Leon Tolstoi in Las Rozas seems to have simply appeared out of nowhere since no reference to its construction can be found.  An invisible architect?

Or how about the polytechnic University library, below?

And near to the Retiro these two gems:

These and other gems in the Community of Madrid have suffered cuts to services, budgets, opening times affecting users, collections, reading groups etc

Support your local library to avoid situations like this one (Bilblioteca Publica Joaquin Vilumbrales, Alcorcon) where local protest was necessary to restore their access to something like approaching a good library service.

Voices for the Library reports that Justice Secretary, Chris Grayling, plans to restrict prisoners’ access to books and prison library services as part of changes to the punishment and reward system.

The move reinforces the idea of a prison system that is merely punitive rather than playing a rehabilitative role, preparing many citizens for reinsertion.

Access to books and reading extends opportunities for social participation, encourages reflection and helps develop a sense of social responsibility. It expands our ability to think about alternatives and evaluate our options, which for some may lead to strategies for avoiding criminal behaviour.

“Prisoners see themselves differently; they gain confidence and self-esteem. They talk about having hope for the future, often for the first time. They feel able to envisage a different future and develop new aspirations for themselves.” (Prisoners Education Trust 2008, p.2)

Furthermore where would some of our greatest literary works and writers be without access to paper, pen and reading material? To list but a few books at least partly written in while in prison:

The Travels of Marco Polo

A Hymn to the Pillory, Daniel Defoe

Our Lady of Flowers, Jean Genet

(Oh and Mein Kampf by a certain Adolf somebody or other, but that doesn’t really serve my point so…)

Read more about this at:

I always think of the yellow county council vans of England when someone mentions Mobile Library Services.

Here are a few imaginative alternatives:

Thanks to http://www.thepolisblog.org for the wonderful post from which much of this information has been cribbed.

Activists who after Wednesday night in Madrid might be in need of an alibi:

To celebrate the launch of public links to Alibi Library on facebook, the proprietors would like to offer the following reflection from the collection.  The book is:

(the original German is available on request),

The word “queer” is used here in its original sense of odd or strange.

New arrival in the library: 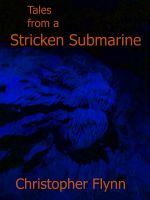 An explosion, and a submarine is sent to the bottom of the sea. Twenty-three members of the crew have secured themselves in the control room. In the knowledge that they are beyond rescue, they begin to swap stories in the darkness, telling one another their last confessions, their blackest secrets. But one of them, instead of telling his terrible secret, is hiding one…

Check out this link https://www.smashwords.com/books/view/234205